The rule hasn’t changed since its publication in December 2015 (though FMCSA has altered its interpretations of the rule’s key exemption), but there seems to be lore among some in the industry about who must comply with the mandate and when.

Given the apparent misinformation making the rounds among drivers, let’s dispel some of the rumors and provide an update on the efforts — which is all they are at present — to delay the mandate.

Compliance date: “I’ve been told by a few people it’s been pushed back until 2019,” said my weekend’s correspondent.

That, however, is false.

Truckers who use paper logs and run a year-model 2000 and later engine must adopt either an electronic logging device or an automatic onboard recording device by Dec. 17, 2017, to operate legally. Those caught without an ELD will be placed out of service.

A bill has been filed in the House to delay the mandate two years, to December 2019, but its fate in Congress is uncertain, and time is waning for lawmakers to act. However, as of Monday, the bill had 35 co-sponsors in the House, which means the bill has at least some support in Congress’ lower chamber.

ELD rumors dispelled: Small fleet exemption? Delay to 2019? Answers here…2017-08-212018-02-13https://www.truxtrax.com/wp-content/uploads/2018/02/vertlogo8.pngTruxTraxhttps://www.truxtrax.com/wp-content/uploads/2017/06/shutterstock_626226332.jpg200px200px
Popular Products
@Trux_Trax follow us!
Features
Getting Started
TruxTrax
Connect with us
© 2012-2017 TruxTrax.com, Inc. All rights reserved. Terms, features, availability, pricing, fees, subscriptions and support options are subject to change without notice. Apple, the Apple logo, iPad, iPhone are trademarks of Apple Inc., registered in the U.S. and other countries. The App Store is a service mark of Apple Inc. Android™ and Google Maps™ are trademarks of Google Inc. Designed by Lead-West
0 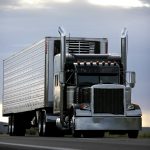